School Resource Officer program places an officer in the Poland School in an effort to create and maintain a safe learning environment for students. The Officers are first and foremost law enforcement officers whose primary purpose is to keep the peace in the schools.
Officers are also counselors in a sense that they provide guidance to the students and act as a link to support services both inside and outside the school. Finally, officers are teachers who provide the school with additional resources by sharing their expertise in the classroom.

Detective Greg Wilson has specialized training in the gathering of physical evidence, interviews and other techniques that lead to the identification, apprehension, prosecution and conviction of criminal offenders. Detective Greg Wilson is trained in all aspects of investigations and investigates all major crimes.

Some members of the Police Department are also assigned to the Drug Task Force and/or Mahoning County Law Enforcement Task Force. Having members from our department as part of a specialized unit allows us to utilize their services if a problem were to arise in our township. 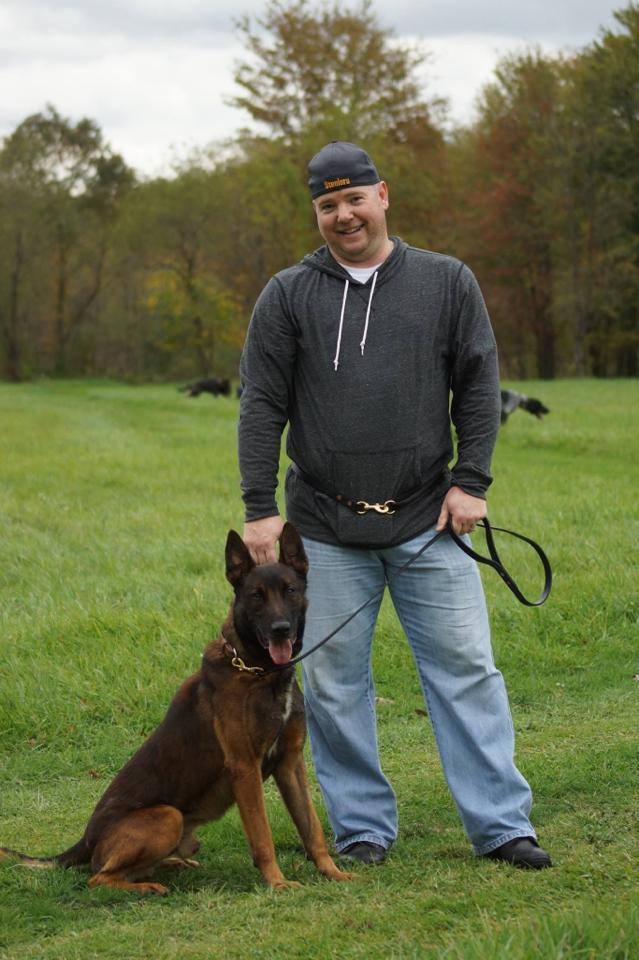 Mido has officially been retired as of December 31, 2019. Thank you for your service!

K-9 Mido and Officer Jackson were enrolled in a 6 week training course at the Shallow Creek Kennels in Sharpsville Pennsylvania.

Officer Jackson and K-9 Mido have been patrolling the streets of Poland Township Since the start of this year (2015)!

Mido in the News!

How Mido started with the Poland Township Police Department. 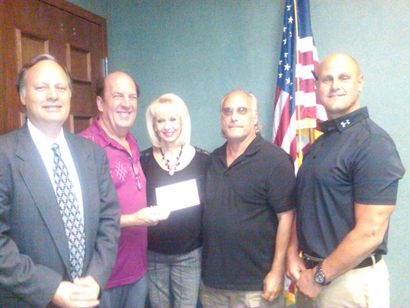 Poland Township starts a fund for a police dog unit

A generous donation of $13,000 from a Poland resident has enabled the township police department to start up the fund for a police dog. The township will need an additional $25,000 for a car and $8,000 for equipment, but the donation received will cover the cost of the dog and the training of an officer to handle the canine.

“We are well on our way to making this a reality,” said Eric Ungaro, township trustee.

The township police department had a police dog back in the early 2000s, but after the dog became sick the unit had to be shut down after four years.

“People are generous in our area,” Ungaro said. “[Simon] loves the community and loves Poland and just wanted to give back.”

The dog will be used for tracking and searching, as well as for public relations. Goodin said the dogs typically are in service for five to seven years.

Ungaro said the trustees are all in support of the program.

“It is just a proactive initiative,” Ungaro said. “I just think it is a home run.” 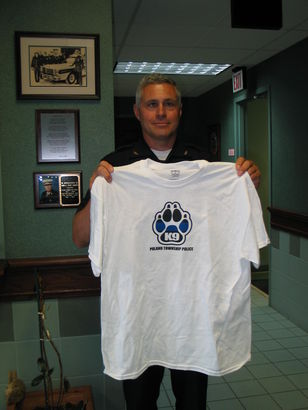 Those who still want a Poland Township K9 shirt have a chance. There are still a few left at the Township building for $10 each, as well as Poland K9 decals for $5. Proceeds from both will go towards the new K9 program.

''Originally, they were made up for people who were doing our fundraisers,'' said Police Chief Brian Goodin. ''More and more people who saw the shirts wanted to know if they could buy one.''

With the demand there, Poland Township K9 T-shirts were made up and offered for sale. At this point, Goodin wasn't sure if the T-shirts will be continued. He did say the funds needed to obtain the new K9 were in place and proceeds from the T-shirts would be used for maintenance of the dog and equipment.

“We generated $16,000 through fundraising,” Goodin “We needed a total of $49,000 to cover the cost of the dog, the training, and the specially-equipped cruiser. One person came in recently and wrote us a check for the balance needed. As of now, we have the full amount to order the car and the dog.”

If all goes well, Goodin said the department is looking at October for the training. It will involve six weeks of intense training for both the dog and the officer. While the training is being planned, the new car has already been ordered with equipment specifically geared for the new unit.

Goodin said the car will be equipped with a rear cage section designed for the K9. The car will also have temperature-controlled windows that will automatically come down as interior temperature rises.

He said if all goes according to plan, the new K9 unit should be on the job by the end of the year. 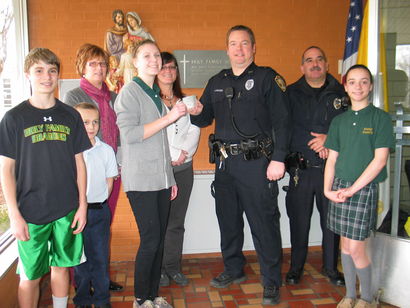 Students at Holy Family School in Poland held fundraisers to benefit a new K9 unit in Poland Township. Members of student council presented township officers with a check for $500 last week to go towards the new police dog.

Abbattista said the students held a dress down day and sold valentine items off the weekly “Dragon Wagon” supply cart. Over the past month the students raised the $500.

Accepting the check on March 24 were Poland Township Police Officers J.R. Jackson and Tom Johnson. Jackson is the officer who will be going through the K9 training with his soon-to-be four-legged partner later this year.

The goal for the K9 unit has been set at $30,000. Jackson said Police Chief Brian Goodin set that price because the township will need a special police car to handle the dog. The car has to be equipped with automatic windows in case the interior were to get to warm for a dog. The windows would automatically come down to let in fresh air.

About half the funds will go towards the dog and training. As of last week, the township was almost at the halfway point.

Jackson is eager to get the K9 unit going. He has served as a police officer for 14 years and it has been his desire to become a K9 partner with the township. 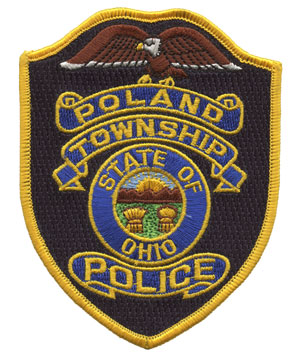